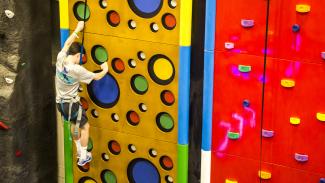 May 24, 2017 (Jay, VT)- Jay Peak Resort today announced it will resume the final phase of its revitalization initiative. The list of projects includes the completion of a number of cottages around the resort’s Stateside area, and a 15,000-square foot recreation and entertainment center. New to the initiative’s lineup are two outdoor recreation fields to be constructed on land adjacent to the Inglenook Lodge, a property located on route 242 along the road to the town of Jay.

The announcement comes just a month after the news that Raymond James Financial Inc., the financial services firm, reached a $150 million settlement with the federal receiver appointed to oversee Jay Peak’s operations. Of the $150 million, Jay Peak will receive approximately $19.7 million toward its projects.

“This settlement is good news for Jay Peak, all of the contractors involved in the project, and the investors who were waiting to learn the fate of their immigration status,” said Michael Goldberg, the court-appointed receiver.

One of the key components of the EB-5 program is its job-creation requirements. Foreign nationals can invest $500,000 in a project provided that project creates U.S. jobs. Investors in the final phase of the Jay Peak revitalization initiative had their immigration status put on hold when the project was halted last spring making it uncertain if the employment targets necessary to gain permanent U.S. residency would be achieved.

“Not only do we feel confident that the completion of this final phase will meet all of the job requirements for the investors to gain residency, we’re happy that DEW Construction will be returning to complete the job,” continued Goldberg.

DEW Construction of Williston, VT is the firm responsible for building the resort’s three hotels, its ice arena and indoor waterpark, and all of Jay Peak’s golf and mountain cottages. The company, along with a host of its subcontractors, was left partially unpaid for their work on the final phase of cottages when the resort was placed into receivership in April of 2016. Part of the $20 million in settlement money will be used to pay in full all contractors who have been owed money since the projects’ suspension.

“You like getting those kind of phone calls,” said DEW President Don Wells, referring to the day Goldberg called to tell him the news of the settlement. “We’re happy to close that chapter of the story, and we’re excited to be a part of the team that completes an ambitious initiative that we started almost a decade ago.”

DEW will take the lead on building the resort’s recreation and entertainment center to be located across from the Stateside Hotel. The 15,000-square foot facility will have a movie theater, a state-of-the-art arcade, and a Clip ‘n Climb ropes gym. The company will also complete 60 cottages around the Stateside area of the resort. That number is down from the original of 84. The reduction was a strategic one designed to create a new revenue stream for Jay Peak.

“Part of our overall strategy in building facilities like the ice arena and indoor waterpark has been to drive lodging compression by adding amenities less impacted by the vagaries of weather,” said Jay Peak’s General Manager Steve Wright. “Building synthetic-turf recreation fields opens up the possibilities of hosting camps and tournaments for sports like soccer, lacrosse and field hockey during the May through November periods where we need to drive more occupancy.”

Wright said the decision to begin hosting such tournaments led the resort to reduce the amount of cottages originally slated to be built, and allocate those funds to the construction of the two fields.

“Based on a number of discussions we’ve had with outdoor sports organizations around the country, we’re confident that by offering a high-quality venue we’ll be able to host several large tournaments and increase room nights and food-and-beverage numbers during periods of the year that have been historically slow,” Wright said.

Wright continued that decisions around cottage construction led resort officials to begin discussing a challenge the resort has faced for a number of years now: employee housing.

Since beginning the revitalization project in 2008, the resort has gone from approximately 350 employees to well over a 1,400 during the high season. That rise has created a demand for affordable employee housing. Wright said that beginning next fall, Jay Peak will repurpose some of its mountain cottages to be used to house employees.

“The single most important thing we can be focused on here is attracting and retaining talented employees,” said Wright. “Offering up housing, for those that need it, is a major step in that direction.”

Construction crews broke ground this week on the new recreation and entertainment center. Work also re-started on the mountain cottages. Both projects will be open for the 2017-18 winter season. The outdoor sports venue will come online in 2018. 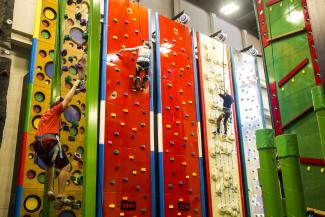 We attract many energetic guests and their families, the type of people you may half-seriously accuse of "climbing the walls."...
Read More about Clips & Reels Climbing gym 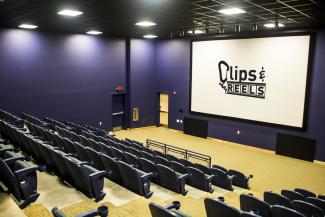 Located next to the Stateside Hotel.
Read More about Clips & Reels Movie theater
@jaypeak See Who's
Chirping
We're looking forward to a beautiful weather weekend ahead for our 18th Annual August West Festival on Saturday 8/1… twitter.com/i/web/status/1…